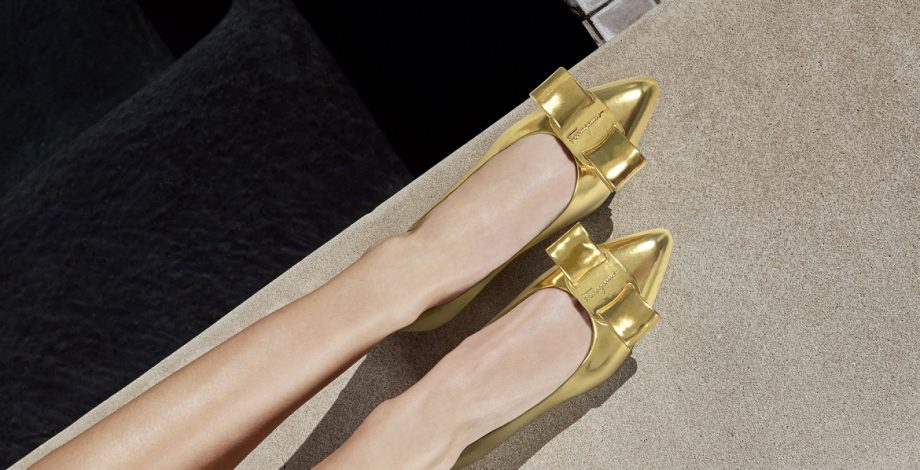 Salvatore Ferragamo is proud to present Viva, a new shoe style that incorporates a boldly modernised upgrade of the house icon Vara bow. The new Viva has been designed by Creative Director Paul Andrew as a 21st Century reimagining of the classic Vara, which was created by Fiamma Ferragamo and launched in 1979. Salvatore Ferragamo’s Spring Summer 2020 show starred the Viva – the first time the bow motif has featured on our runway – both to pay homage to our past and herald this new chapter of our future.

As Paul Andrew explains: “To be given the opportunity to design a new generation of Ferragamo shoe is both an honour we took extremely seriously. The starting point was the realisation that while each new generation is distinct, individual and shaped by its time, every new generation also begins in a context created by that which came before it. That is why we have embraced and reimagined the signature emblem of arguably Ferragamo’s most iconic shoe – the gros-grain bow on the Vara – and built an entirely new and modern design around it.

“The bow is larger and more assertive the than grosgrain original and is constructed of the same material as the rest of the shoe – be it leather, denim, or linen canvas. I took inspiration from my favourite artist, Richard Serra, as I modernized the heel as a sculptural block form. Viva is an encapsulation of Ferragamo’s future, one that is inclusive, dynamic and progressive. It is also rooted in the best of what we as a family artisanal house have long worked to be.”

Connecting the footsteps of Salvatore Ferragamo’s past, present and future, the Viva will be offered alongside its illustrious and still sought-after forebear, the Vara. This offer will encompass a range of styles, colors and fabrications designed to be diverse and multi-faceted as the experiences and tastes of modern women. Available as of February 2020 in two styles – classic or ruffled – and in two heel heights – mid or low – the Viva will initially be on sale in almost 60 variations.

Welcome to the family, Viva.