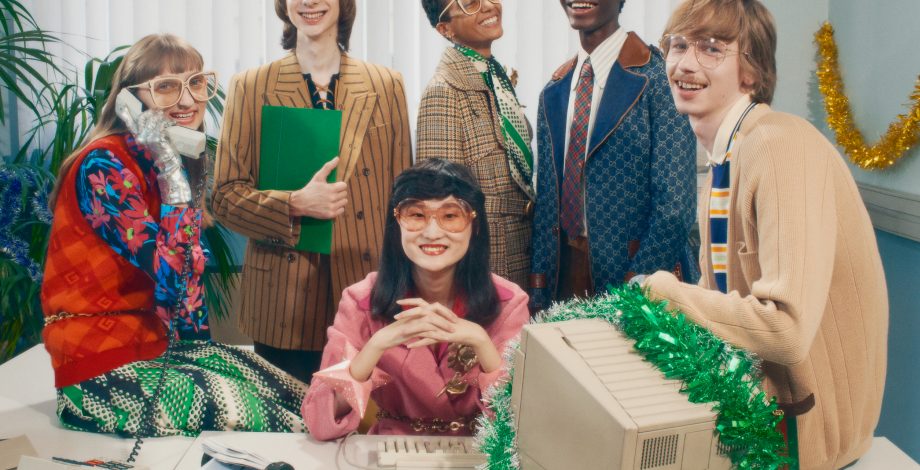 For this holiday season, Gucci envisions a special night of the year, set in the ‘90s, when the workplace became an unlikely mixture of dance floor, nightclub and bar.

Channeling the retro vibe of those years’ office parties, the new Gucci Gift Giving campaign portrays a cast of characters impatiently running down the clock to the end of the working day, aimlessly tapping on their keyboards and clock-watching. The date has been in the calendar for months, and there is a palpable frisson of excitement running through the grey and dull landscape of desks, photocopiers and metal filing cabinets. The seasonal decorations have been hastily put up: the tinsel, streamers and balloons are all in their places for this artificial festive setting.

As the clock strikes five, tables are turned and the corporate order of the place is shattered by ‘80s pop music and the popping of corks. Like superheroes transformed by their outfits, the Gucci-clad workers become extrovert clubbers, eager to show off their dance moves on the carpeted dancefloor. Liberated by their outfits and the sounds coming from the tape deck, the co-workers reveal their innermost characters as in a theatrical play where roles are changed and identities shuffled, transforming the normally homogenised surroundings into an exciting fantasy world.